If you live in an arid climate or have the space to grow large succulents inside your home, you need to consider getting an Aloe Ferox.  Just like many other aloe varieties, this plant is beautiful, unfussy, and versatile in its usage.

How to Identify Aloe Ferox

This is a fairly simple plant to identify due to its size, shape, and special features.  Aloe Ferox plants can grow up to nine feet tall and five feet wide.  Their leaves are thick, fleshy, and pale green, resembling an Aloe Vera leaf.

The difference between an Aloe Vera leaf and an Aloe Ferox leaf is that the latter has tiny brown spikes lining the outside of them.  Another key feature of Aloe Ferox is the large red-orange blossoms that are produced each year between late autumn and mid-winter.

Where Does Aloe Ferox Grow

This aloe variety is native to the southern parts of South Africa, particularly the nations of Lesotho and South Africa.

When it comes to finding a purpose for growing Aloe Ferox, there are many options to consider.  This plant is great to use as a focal feature in garden spaces, as a means to create a garden border, or as a way to attract pollinators to a garden.  Another use for Aloe Ferox is found in its leaf gel, which can be added to cosmetics or herbal remedies just like Aloe Vera gel.

How to Grow Aloe Ferox from Seed

If you decide to go the route of growing any succulents, including Aloe Ferox, from seed, plan to be patient.  These oftentimes take many months to sprout and their seeds do not always grow.  This, however, can be a fun project to do as a family, so if you have your seeds ready, follow these steps:

While this is a famously unfussy plant, there are a few things that you should consider before getting one.  Aloe Ferox doesn’t ask for much, but it does require some specific growing conditions to be healthy.  Let’s talk about each of these conditions in detail now.

Aloe Ferox is a very hardy succulent that can withstand a wide range of temperatures.  While it does prefer hot and arid climates, it can handle a dip in mercury as low as twenty degrees Fahrenheit.  Ultimately, it should be given at least eight hours of bright sunlight every day, limited amounts of water, and as much heat as possible.  Remember, this plant is designed for life in the desert so it thrives in drought-like conditions.

It is very important to provide Aloe Ferox with well-aerated and well-draining soil to prevent it from pest infestations, fungal disease, and root rot.  I prefer using premade succulent mixes such as Superfly Bonsai’s succulent and cactus soil mix but you can make your own mix by blending together 2 parts soil or soil substitute, 1 part coarse sand, and 1 part perlite.  If you want to add a little peat moss and limestone to the mix, that is fine as well.

If, however, you put your Aloe Ferox in a plant container, you should ensure that it is big enough for the plant to grow in without toppling over.  Another thing to consider when you select a plant container is material.  Look for a plant container that can drain water and allow moisture to evaporate.  A ten-inch terracotta plant pot should get you started.

This component of Aloe Ferox’s growing conditions can cause more harm than good.  Learn to water your succulents properly and you will prevent a lot of damage; however, if you choose to remain uninformed about how to water succulents, you will probably kill them in a few months.  So, if you want to keep your Aloe Ferox looking and feeling great, follow these watering tips:

When to Plant Aloe Ferox

The best time of year to plant an Aloe Ferox is springtime.

How to Plant Aloe Ferox

Planting an Aloe Ferox is a simple matter.  You just need to follow these steps:

Most aloe varieties do not require fertilization; however, if you would like to give your Aloe Ferox a little boost, you can feed it once during the spring.  I recommend using something easy-to-use, organic, and safe for the environment, pets, and children.  EarthPods Cactus & Succulent Plant Food Capsules meet all these requirements so consider giving them a try.

Since Aloe Ferox is such a large plant and requires a lot of space to itself it may seem nonsensical to recommend a companion planting for it.  However, you may find it is nice to place other types of aloe or similar-looking agave plants nearby, especially if you can keep these in an outdoor garden space.  So, if you’re interested in creating a desert oasis, consider using the following plants as companions for your Aloe Ferox.

This aloe grows to a much smaller size than Aloe Ferox but requires the same care and growing conditions, so once you learn to care for one plant, you can easily add the other to your garden.

This type of aloe is a mid-sized option that grows in a lovely symmetrical spiral.  It is slightly fussier about its care than other aloes, but it is very much worth the extra effort.

These plants are all about low maintenance.  If you need some greenery that can thrive while being ignored or neglected, then you need to get one or several varieties of Sansevieria.

The most common issues faced by Aloe Ferox are mealybugs, root rot, and scale insects.  You can prevent these issues by proper watering habits; however, if you do see that your plant is struggling due to one of these issues, you can treat it.  Here’s how:

These pests will appear as cotton-like spots on your plant’s stems and leaves.  Treat an infestation of mealybugs by spraying the plant with a mixture of water and alcohol.  Wipe the leaves with this mixture to ensure you remove all the bugs and apply neem oil to prevent them from returning.

This will cause the leaves of your plant to turn yellow, brown, black, mushy, and/or translucent.  Treat root rot by removing the plant from its current soil, trimming off any rotten stems, leaves, or roots, and repotting it in fresh, dry soil.

These pests will appear as tiny brown bumps on the backside of your plant’s leaves and stems.  Treat an infestation of scale insects by spraying them off the plant with a garden hose or showerhead and wiping the leaves with neem oil.

Since I think it is too risky to purchase aloe seeds online, I don’t recommend that you go this route.  However, I understand that this may be a gardening goal for you and I don’t want to keep you from attempting your goals.  If you want to go this route, be sure that you feel completely comfortable with the purchase you make online and be prepared to get seeds that are either incorrectly labeled or not healthy enough to grow.

If you intend to go this route, I recommend that you reach out to one of the following online companies that deal with rare seeds.  They may be able to help you track down just what you need.

While I’m very hesitant to purchase aloe seeds online, I don’t think it is incredibly risky to purchase plants or cuttings from online shops.  This is because it is easier to find the plants you are looking for, recognize if the plant is accurately labeled, and determine if the plant is healthy enough to grow.  If you are interested in purchasing an Aloe Ferox plant, here are two online shops that are currently selling them:

Answer: No, it is not listed as a plant that is toxic to humans or animals.

Question: Should Aloe Ferox be Pruned?

Answer: No, it should not be pruned.  This is because the dried leaves will provide the plant with some protection from inclement weather.

Question: Can Aloe Ferox be Propagated via Offsets or Cuttings?

Answer: Yes, this plant is easy to propagate and both methods work well.

Sure, its family member, Aloe Vera, may be much more popular, but this is a special plant and it should not be underestimated.  If you live in an arid climate, you should definitely plant a few of these in your garden.  If you don’t live in an arid climate, consider getting a potted version for your home or office space.  When you have one of these on your property, you are sure to have a showstopper and a conversation starter all rolled into one special plant. 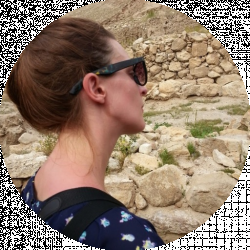 Shaleena Quinlan
Shaleena comes from a long line of Midwestern farmers who have a knack for working fields and cultivating gardens.  One of her favorite memories is helping her grandma with her backyard garden.  That's how she learned how to plow the soil, sow the seeds, and tend each type of plant.  She was also privileged to learn some gardening techniques while living in the tropical islands of Papua New Guinea.  No matter where she's lived, she has always found pleasure in work with her hands to grow beautiful plants and tasty produce.